In Short: Danish architect Peter Sand has won the international open competition for the Linnametsa residential quarter in Rakvere, Estonia. The competition, aimed at architects under 30, attracted only 9 entries. Below is the winning proposal, and a little interview with the author. 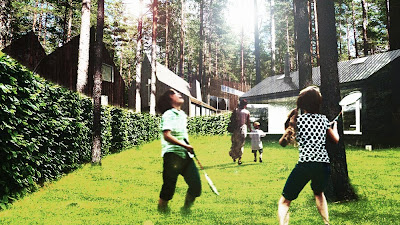 
The approach of this proposal has been to develop a residential area with a strong connection to the context. By being located on the very edge, where the city and the forest merge together, there has been given a unique opportunity to make an area in the city and in the forest at the same time, with the advantages of both.
This proposal has a strong connection to the world in the forest. Pedestrian paths connect internally and externally, and they make new links and shortcuts to the rest of Rakvere. The new layout extends the borderline between the city and the forest and gives a shorter distance to the trees in the future. Green connections with paths are created in between the new building areas. The gardens are open to provide lots of light into homes. The green connections divide the site into six buildable areas that can work individually and also work together and the surrounding residential areas. Each area has its own access for heavy traffic and they are all dead ends, which means that nobody will pass through by car. That gives the quiet area a focus on light traffic with pedestrians and people on bikes that can easily pass.

It is not necessary to build all areas to get a functionally total layout of the site, which means that the areas can be built in the same speed as they are getting sold. The content of the areas are primarily houses for one or two families and small apartment buildings with up to four apartments as wished in the brief. All buildings have a private garden with easy and often direct access to the forest. Besides the homes a kindergarten and a community centre for the elderly are proposed, but it is important to point out that the suggested layout is so flexible that other divisions of plots can easily be made. This means that for example more or bigger public buildings can be adapted and the locations can be changed, too. 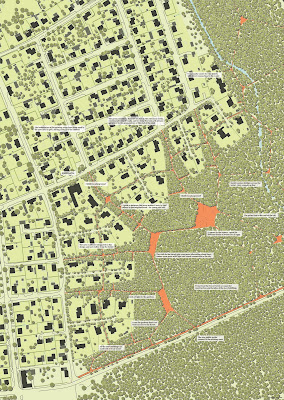 Children's playgrounds have been placed on the paths in the forest, but it is worth mentioning that the forest itself is the best playground you can get.

It is suggested that all buildings will be built of local wood. Wooden structure and facades give beauty and healthy buildings and they adapt visually in a great way into the surroundings. Wood is also very closely connected to the ambition of building this new area with a focus on sustainable solutions. Solar panels are integrated on roofs facing towards the sun and angled ideally for the local conditions to get the biggest effect. Rainwater is collected for being used as flushing in toilets. Heating pumps are installed in all buildings to generate heating in cold winters and to produce cooling in warm summers. Window positions are well thought out, and related to light, sun and air circulation.
-


First of all I would like to ask how you came to know about the Rakvere competition. For some reason yours was the only one of the 9 entries coming from a foreign architect.


To start a little back in time I attended my first architectural competition seven years ago, and since then participations in architectural competitions have been a very important supplement to my professional development as an architect. Starting as a more or less random selection of competitions my choices are now much more systematized, where I am doing a weekly screening of the market to find new competitions, which can be interesting and especially fun for me to do.
During my studies I have had a primarily focus on the design of buildings, and due to that I have had a natural primary interest in competitions, where the aim has been to submit a proposal of a specific building. Lately my interest in large scale projects has grown, and it is a result of my daily challenges at Public Arkitekter, where I started working in February 2010. There my tasks have primarily been focused on projects within the scale of landscape and urban development, and as a result of that my interest in such projects has of course grown bigger. The competition in Rakvere is in many ways a result of the developments I have gone through, and it is therefore a logical and precise choice I did. To come back to what you actually asked about; I found the information about the competition on the website of The Union of Estonian Architects, and because the competition was not well published internationally, I saw it as an excellent opportunity to participate with the assumption that there would not be lots of international proposals. It turned out to be the true, and the result was my first winning proposal in an architectural competition.
Shortly after the competition in Rakvere I incidentally delivered another city planning competition proposal in Europan 11, which is a big European competition for architects under 40 years. At the moment I am doing two other city planning competitions in Scandinavia, and hopefully my luck from Rakvere will be brought to these three competitions!
It is now over 4 months since you were announced the winner of this competition. Have there already been any future plans or agreements with the clients, or is it too early to ask? Do you know if you’ll be included in the further processes of planning?
Unfortunately it is still too early to ask, because it is not decided yet if I will have any influence in the coming planning process.
Your winning proposal is conceptually very simple. Is this the result of something like an in-depth analysis or more of a ‘right feeling’ kind of thing?
From the very beginning it was my intention to make a conceptually simple project due to the fact that it was only allowed to submit two A1 boards. Actually my concept came up very fast, but lots of other solutions were thought out during the process. Though I kept coming back to my original idea, and fortunately others also found the proposal interesting.
Could you please tell me about your cooperation with the industrial designer Marcus Vagnby - how did it start, including how you received commissions for the villas in Bali, and how do an architect and an industrial designer work together on building projects?
Marcus and I have been friends since the age of seven or so, and we actually grew up on the same street. Today we are very close friends, and luckily we also share the passion for architecture and design. He graduated from the Danish School of Design, and afterwards he studied three years in Copenhagen at the Royal Academy of Fine Arts, School of Architecture, where I got my masters degree. Therefore it was very logic for us to do a collaboration within the fields of architecture and design, and we did our first competition proposal together back in 2004.
Since then lots of things have happened, we have done another six competitions together, and in 2009 we designed the two villas in Bali. Marcus’s parents live in Hong Kong, and through them he was introduced to a Chinese and French couple that lives in Hong Kong too. They wished to get help to the design of two summerhouses in Bali, and of course Marcus would like to come up with the designs. Marcus asked me for assistance, and together we came up with the design proposals. The process was very interesting, where we combined his background as an industrial designer and mine as an architect. The results were two throughout designed villas with lots of details and clear Scandinavian lines with a touch of the local Indonesian building tradition. At the moment one of the villas is under construction, and it is scheduled to be realized within the next half a year.
And to finish, here's a typical interview-question: who do you consider your mentors and greatest influences?
Oh, it is hard to say. I do not have any particular one, but every day I am reading lots of online news and articles about architecture, and that is where I get my primarily inspiration. Besides I read lots of magazines, and I am often to find at the architectural library in Copenhagen. Though, to point someone specific out I am at the moment very interested in Dutch city planning in general, and the Danish architectural office, Lundgaard & Tranberg, is always doing very interesting and beautiful buildings. 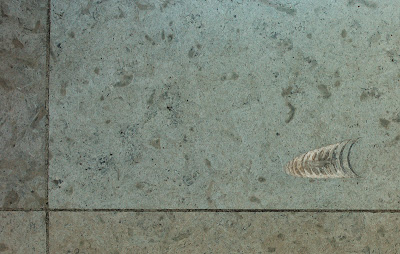 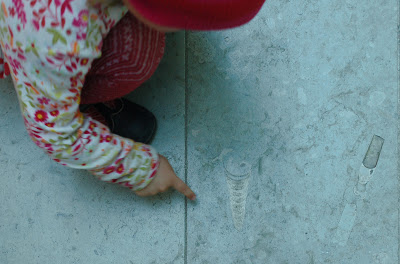 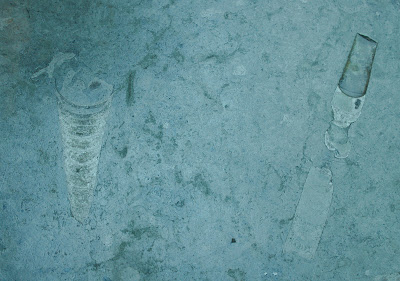 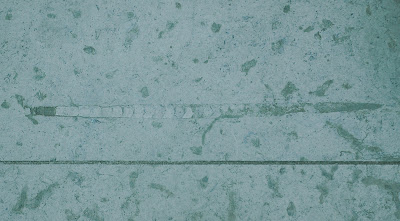 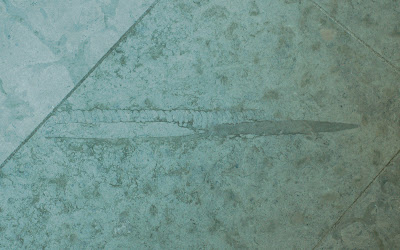 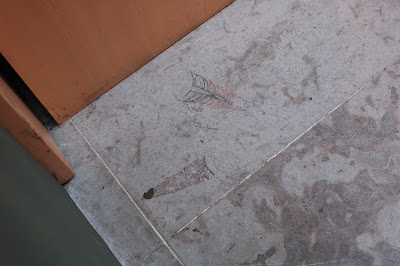